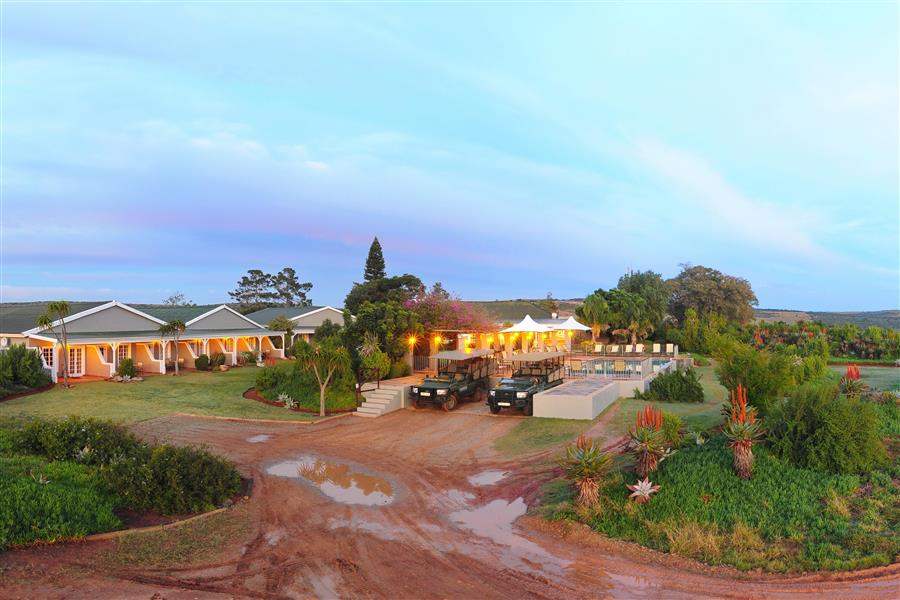 The Shamwari Game Reserve boasts 25,000 hectares (61,000 acres) of malaria free, private game reserve situated in the Eastern Cape of SouthAfrica. Situated along the Bushmans River, halfway between Port Elizabeth (45 minutes drive outside the city) and Grahamstown, a pleasant drive from Cape Town, it forms a natural extension to the famous Garden Route. Steeped in Settler history, and dating back to the time when a multitude of game roamed wild and free, the 25,000 hectare reserve boasts five eco-systems, thus enabling the support of many forms of plant, animal and bird life. Accommodation comprises of 7 Lodges dotted across the reserve, including the new Sarili Lodge.